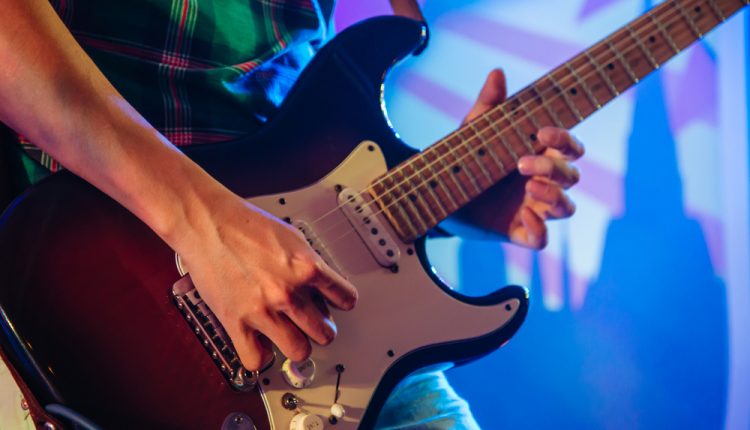 You can say what you want, but the electric still remains as one of the essential and game-changing musical instruments of all time. After all, being creative as they are, guitar players have always been at the forefront of innovation in music. With this in mind, it’s only expected that guitar builders and both smaller and bigger brands have always done their best to keep up with all the innovations in the industry. One thing led to another, and guitars became more ergonomic, they sounded better, and – interestingly enough – started getting more affordable over the years.

But no matter the innovation that was put into these new guitars, some old concepts still remain at the very top of the guitar world. Of course, some of those innovative and boundary-pushing electric guitars have managed to capture the hearts of both guitar players and the audiences. Tone, design, overall ergonomic features, and reputation have made these instruments legendary. This is why we decided to go on a little adventure and find the coolest electric guitars that you can find on the market today. These are those “universally cool” instruments that you just can’t go wrong with, no matter the genre that you’re into.

To put it simply, you can rule the world with a Gibson Les Paul guitar. And, to be fair, you can’t ever go wrong with one, especially if you’re into blues, blues rock, hard rock, or classic metal music. The Les Paul Traditional model is really expensive. But it’s worth every single dime. The Pro V model brings all the classic old school features into the equation. However, Gibson has taken it to a whole new level and has even solidified the model’s quality. We have a mahogany body with a maple top, as well as a mahogany neck bearing a rosewood fingerboard with 22 frets. The guitar features two amazing “Tradbucker” humbucking pickups that manage to deliver all the much-needed nuances in the tone.

Guild Guitars has to be one of the best brands on the market. They come a long way, starting their work way back in the early 1950s. However, a lot of their guitars still retain those vintage designs while also managing to bring in some qualities of contemporary guitars. If you’re into blues and old school rock ‘n’ roll, you’ll definitely want to check out their hollow-body Starfire V model. With a body made out of mahogany and a neck that’s a combination of mahogany and maple, you’ll get a somewhat mellower tone. It’s all rounded up with amazing Guild LB-1 pickups and an old school Bigsby-style vibrato tailpiece.

We could easily say that Gretsch is an underrated electric guitar brand. But experienced players know about it, especially those who are into old school stuff. The G5422TG model from their legendary Electromatic series comes as one of the perfect options if you’re into old school stuff, just like with the Guild’s Starfire V that we mentioned. This one is a bit simpler but it still remains high up on the “coolness” scale. It’s another hollow-body guitar made out of 5-ply maple, forming a set-in construction with a maple neck. Along with Filter’Tron pickups, it has a noticeably brighter tone that’s amazing for rockabilly stuff.

Fender is one of the coolest brands in the guitar town so we’re deciding to bring yet another one of their models in this list. The next model is their Vintera ’70s Telecaster custom. It’s a guitar that brings some amazing vintage features, including a maple neck with a 7.25-inch fretboard radius and 21 frets. We have a standard slanted single-coil pickup in the bridge position, along with a humbucker in the neck position. It all comes with separate volume and tone controls for both pickups, as well as a 3-way selector switch that’s located on the bass side of the body. It’s somewhat unusual, but this guitar does wonders for plenty of different genres. Additionally, its neck feels awesome, especially if you’re into old school kind of guitars.

In the end, there’s hardly anything more awesome than Gibson’s SG Standard. This guitar model finds its way into pretty much any genre. Coming with amazing Gibson’s Humbucker pickups and a very ergonomic body and neck design. With mahogany as the main material and other design traits, like its classic headstock, you’ll get an amazing sustain and very balanced tone. It’s expensive, but it’s worth it.