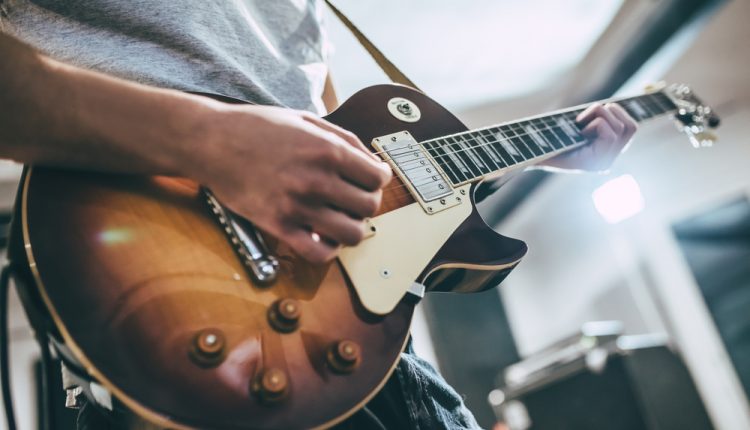 Getting into the world of the electric guitar can be pretty exciting. Even after you go past the beginner stage, it seems like the instrument can’t ever stop amazing you, no matter how well you learn to play it. And it’s all due to electric guitar’s expressive qualities and the ability to create so many different tones. Of course, it takes a lot of gear to make it really versatile, but the main point here is that the instrument is so flexible and modular that it found its use in almost any genre these days.

Knowing that the instrument and all the appropriating gear can be somewhat pricy, many people are looking for budget solutions. Back in the old days, it was not easy to find a budget instrument. And even if you did, those cheap electric guitars turned out to be really bad. Luckily for us, we can find many great but cheap electric guitars on the market these days. Sure, they might not exactly be those ultimate weapons for professionals. However, these guitars can still deliver quite a punch for the price. But at the same time, it’s not that easy to find one of these with such an abundance of products these days. This is why we decided to do some research and bring you the list of the best budget electric guitars.

While Gibson still remains as one of the most prestigious brands these days, all of their instruments are pretty expensive. But in case you really love good old Gibsons and crave for a nice Les Paul or an SG, then we’d recommend that you check out Epiphone. For the purpose of this list, we have their cheapest series of SG guitars, the SG Special.

This is a fairly simple instrument that bears exactly the same body shape as the legendary Gibson’s instrument that’s been around for quite a while. Although we have both the mahogany body and mahogany neck, the guitar features a bolt-on neck and a bit of a different feel. Additionally, we have a rosewood fretboard with 22 frets, and two simple humbucker pickups with a pretty decent tone. Overall, it’s a fairly simple instrument for blues, rock, hard rock, and metal players.

Although known for making so many different types of instruments, Yamaha still manages to produce some of the best electric guitars on the market these days. But if you’re looking for the best budget electric guitar, their Pacifica series come as an interesting choice. For this list, we’re including their PAC112J. This one bears a body shape similar to a standard Stratocaster, although it has a few different ergonomic features. What we really love about it is that it features a humbucker-single-single configuration of pickups. This way, you get a very wide palette of tones, making PAC112J very versatile. To put it simply, you just can’t go wrong with this one, no matter the genre that you’re playing.

Just like Epiphone is a good budget alternative for Gibson guitars, Squier is worth checking out if you love Fenders but are looking for something cheaper. And, to be fair, you can’t ever go wrong with their super cheap Bullet series, especially the good old Bullet Strat HT. The guitar is essentially a not so luxurious version of Fender’s legendary model and comes with three single-coil pickups. The body here is made of basswood, while the neck is made of maple and is equipped with an Indian laurel fretboard. As for practical differences, it comes with a hard-tail bridge instead of a tremolo one. At the same time, we have one volume and two tone pots, as well as 5 combinations of pickups. It’s a pretty great guitar for almost any genre.

For many decades now, Ibanez has been proving over and over again how great they are at making good electric guitars. No matter the series and no matter the price level, they always kept a good reputation of having very reliable electric guitars. And this is exactly the case with their GRX series, most notably their GRX70 model.

In some way, we can say that this is a budget-level alternative to the legendary RG series. It comes with a Super-Strat kind of body and a pretty great combination of pickups with two humbuckers and one single-coil in the middle. The guitar’s poplar body also features a quilted maple top, and it’s all accompanied by a bolt-on maple neck with a purpleheart fretboard. But despite the bolt-on construction, the heel and the cutaways are done in such a way that you can easily access higher frets.

In the end, we just can’t avoid mentioning Jackson and their JS22, also known as the Dinky. But despite its cute name, this is one very potent metal machine, capable of delivering some pretty heavy tones through its two humbucker pickups. Additionally, the guitar comes with great Super-Strat body shape and an amazing neck. There’s hardly any guitar that feels so great at this particular price level. And although it’s mostly metal-oriented, it can handle other genres as well.