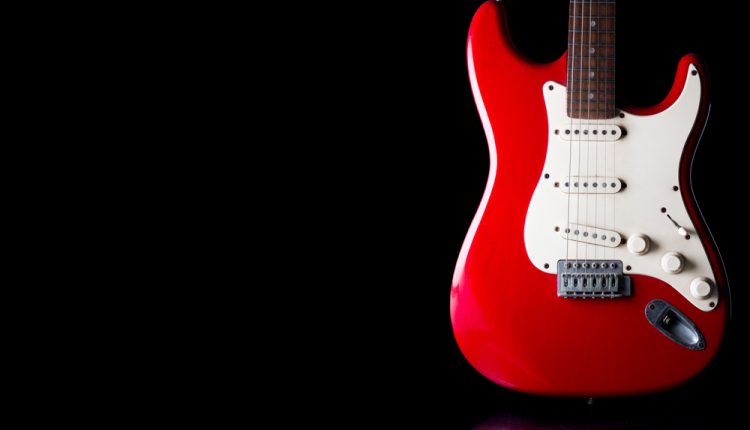 Starting out on your path to become a guitar player is always exciting. Things get even more interesting if you decide on getting an electric guitar. After all, this great instrument comes with so many advantages and, above all, versatility in expression. By using different amps, pedals, and other devices and gadgets, you not only get unusual and “unconventional” sounds, but also a lot of versatility and functionality. And this is exactly why it found its place in so many different musical styles, even in contemporary mainstream pop music on some occasions.

On the other hand, there are a few challenges that come with electric guitars. The first, and the obvious one, is that it requires more stuff in order to work. You need amps, pedals, and other equipment in order to make it all work. And as if that doesn’t bring enough costs on its own, electric guitars can get really pricy as well. However, you don’t need to worry as there are still some cheap electric guitars that are actually really great. It may get a little tricky to find some examples, but it’s still not an impossible task. With this said, we’ve done some research on our own and have found some of the best cheap electric guitars that you can find on the market these days.

Epiphone is one of the first brands that comes to mind when there’s a talk about cheap electric guitars. Most notably, it’s the Special series that sparks up the most attention here. However, we have a really special (pun intended) model, the Special I series Les Paul but with two P90 pickups. This is an amazing choice that sounds really unique. Although it’s on the exact limit between an inexpensive and a mid-priced guitar, it’s definitely worth the price and a great addition to this list. Combined with its mahogany body and neck, you’ll get a really bluesy hard rock tone. It’s a very versatile one and comes in handy for an abundance of genres.

Donner is one of the most famous brands among those seeking for cheap but good electric guitar stuff. While they’re better known for their pedals, there are still some amazing guitars in their arsenal, like DST-100W. This is a classic Strat-shaped guitar that comes with some surprisingly great features considering its very low price. Aside from having a solid build quality, this guitar comes with a humbucker-single-single pickup configuration. This makes it a very versatile instrument that’s capable of covering different genres. To be fair, Donner’s DST-100W is the best value for the money in this price category. Additionally, it also comes in a bundle that includes a mini amp, a gig bag, a tuner, a strap, and a lot of other stuff.

While we’re at classic Strat-style guitars, Squier and their Bullet model with the classic triple single-coil pickup formation. The best thing about this one is how great it feels under your hands. This is mostly due to its great “C”-shaped maple neck. Although a fairly cheap instrument designed for beginners, this one can handle even more serious settings. After a while, you can even swap its pickups and get it pretty close to a semi-pro or a pro-level guitar. And all of its other features are really a surprise for the price that you pay for. Just like any Fender Stratocaster, this is a fairly versatile instrument that finds implementation in genres from blues, jazz, and up to heavy metal.

While Ibanez is mostly known for their high-end expensive shred machines, they still have some affordable instruments to offer as well. This is the case with their GRX20 model, which comes as one of the examples of their famous Gio line of electric guitars. It’s a fairly straightforward shred machine with two humbuckers, volume and tone controls, as well as a tremolo bridge. This “Super-Strat” guitar has a body made of alder which adds to its great tight tone. If you’re into heavy metal and just need something really cheap yet reliable to shred on, then you should definitely consider Ibanez’s GRX20.

While we’re at it, Jackson’s JS22 Dinky is another simple choice for guitarists who are looking for an affordable shred machine. Here, we’d like to mention the HT version that comes with two humbuckers and a hardtail bridge. Although you won’t get a tremolo arm, this guitar comes with its amazing build quality and ergonomic features. You can even implement it in many different genres, although hard rock and metal are its main focus. JS22 Dinky HT is a safe choice for the money.

Lastly, we have Yamaha’s classic Pacifica series and the PAC012 model. Although not as “exciting” or aesthetically appealing compared to some of these shred-oriented guitars, this is still a guitar that’s surprisingly great for its price. With an Agathis body, maple neck, and a humbucker-single-single pickup formation, every genre will be at your disposal. And let’s not get into how great this guitar feels and how reliable it is. Whatever is the music that you’re into, you just can’t go wrong with Yamaha Pacifica guitars, even the cheapest ones.